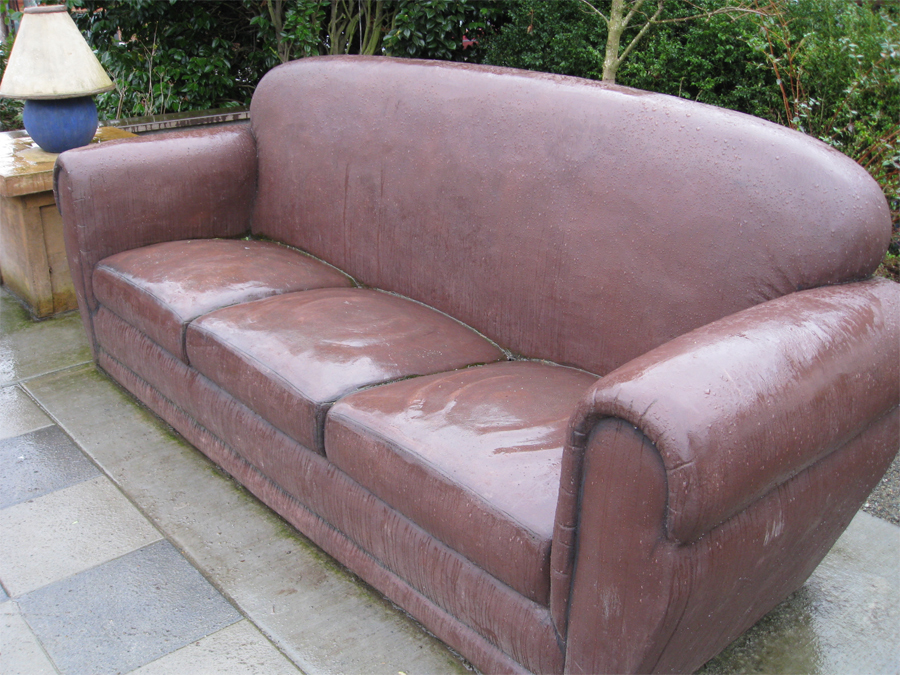 Why does a couch cross the road?

The answer to this age-old riddle depends on whom you ask.

If you asked the infinitely creative writers of The Simpsons, they might suggest that the couch has deep personal issues of its own to work through. No doubt putting up with Bart and Homer all these years has left its mark on that  particular couch.

But perhaps all couches need a break from being sat upon. If you asked writer Benjamin Parzybok, author of the whimsical and strange novel Couch, you might find yourself immersed in a couch odyssey, seeking nothing less than the meaning of life.

I came upon Parzybok’s book in a used book store a while back and was immediately drawn to its tagline: “Three guys move a couch, save the world.”

Wow. Talk about a story I can relate to. Who among us hasn’t moved a couch? Who among us hasn’t broken down in hysterical laughter while trying to maneuver said couch up a tight stairway? For me, for some inexplicable reason, moving furniture, particularly large unwieldy items such as couches or mattresses, up stairs, around narrow corners, into seemingly impossible positions, has always triggered fits of laughter. I think it has something to do with that feeling you get when you know you’re edging right up against the fractured borderland where the not funny becomes funny. Those moments when the realization hits you that you’re this close to dropping the piano, or the couch, or whatever. And then you have a choice. Either panic, or laugh. But whatever you do, don’t let go.

In Parzybok’s rambling misadventure story, the moving of a couch becomes an extended metaphor for all those perilous moments when things seem too heavy to deal with, yet deal we must.

I wouldn’t recommend the book for everyone. It’s kind of a Portland thing. It’s weird. But, if you like that sort of thing, it’s kind of great.

Seattle has its own love affair with the weird and quirky, and in a quiet corner of Ballard a pocket park pays tribute to the humble couch. At first glance the concrete couch at Ballard Corners Park looks so inviting and homey, you might plop down on it before checking to see if its soaking wet. Rain won’t damage this couch, but soggy pants are a downer. 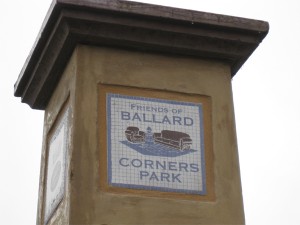 But should you come across this couch corner on a sunny day, it offers a wonderful change from the usual park bench. It invites you to sit a while and ponder the mysteries of life. And couches.